"The curving bulk of Quarry Hill loomed imposingly, not to say, imperiously, through an October mist. In all directions towered grey cliffs with their rows of dwelling cells: humanity on the wholesale scale, 700 families, 2,500 souls spread and superimposed in seven (sic) layers….Quarry Hill is the handwriting, the signature of our times; a signature in steel and concrete scrawled across 26 acres near the centre of Leeds." (Yorkshire Observer, 10 October 1941) 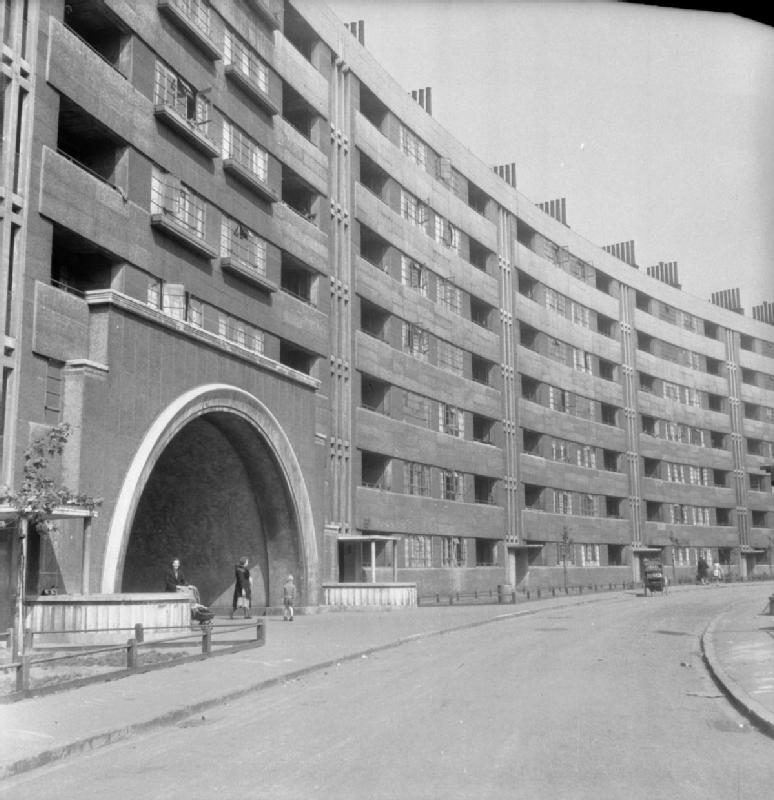 I am unsure which came first in my childhood: an awareness of Quarry Hill, or knowledge of these lines from Robert Browning’s poem, ‘Childe Roland to the Dark Tower Came’, which every so often come back to haunt me:

What in the midst lay but the Tower itself?
The round squat turret, blind as the fool’s heart,
Built of brown stone, without a counterpart
In the whole world.

All I know for certain is that Quarry Hill and Childe Roland’s Dark Tower were closely associated in my imagination, and that around both hung an un-nameable dread.

Quarry Hill always seemed to be watching as you moved around. Wherever you went, it was spread out at the end of the Headrow, its empty arch yawning like the railway tunnel in Gustav Doré’s engraving of Victorian London. It had a desolate air, as if to enter its courtyards would be to find yourself sealed off from the city’s noises: all your bearings gone, all your past and future selves time-locked, and the key thrown away. Human futility seemed concentrated in its giant hieroglyphic shape.

But that was in the sixties; and things had not always been so.

Quarry Hill appeared in the thirties, when visionaries dreamed of a future vast and white and clean. Streamlined as a Bauhaus Coliseum, or a New Age Panopticon, its front stretched in a single half-mile curve with a central arch, beckoning Leeds down the Headrow to the Millennium: a bright vanishing-point on the far horizon. Second only to the Karl Marx Hof in Vienna (and true to its name) it re-housed the homeless when the slums were cleared, and became the North’s pride, a blueprint for Labour: included in tours for visiting dignitaries.

Layers of spotless windows sparkled in serried planes. Sealed chutes carried waste as dumb-waiters carry food – noiselessly, down invisible arteries. Lifts moved smoothly up and down eight storeys, shuttling munition-workers, refugees, window cleaners, engineers, along vertical tubes to and from their families, like thousands of worker-ants living in a single colony.

War came, with large-scale economies. The community-centre was left unfinished. Smog blackened surfaces. The waste-disposal system packed in. Poor welding led to seepage. Rust weakened the stressed-steel structure. Damp furred the arteries. Pre-fab concrete sagged. Cracks ran up and down eight storeys. By the sixties – marked down for demolition, with seven hundred families to re-house – it was a jungle of stone, a slum. Middle-class kids shunned it, as they shunned the Dark Arches.

Then came the seventies. All the residents of Quarry Hill were up-rooted, family by family. Wind howled in courtyards strewn with litter and broken glass. Rats scuttled up and down hollow disused chutes. Doors banged in doorways. Burst pipes hissed. Distemper flaked off walls and ceilings.

Sociologists pointed blankly, mouthing proverbs: “Where there is no vision the people perish.” “The best laid schemes o’ mice and men gang aft agley.” The Great Curve stared its silent answer back: “Then worms will come and eat up thee. Lif is laene; All is vanity.”

On a recent visit to Leeds, I learnt that after the Quarry Hill flats were demolished, a mass grave was discovered under the foundations. During the huge wave of cholera which swept the city in 1849, this site had been used as a burial ground. ‘Burningly it came on me all at once’ – as did Childe Roland’s recognition of the Dark Tower. It was like uncovering the gothic subscript beneath a huge indefinite hieroglyphic, and understanding for the first time what it had always signified.

Air still, and the grass high.
Acres of rubble in a sea of chickweed.
Poppies bright
as young wasted blood.
The trenches deep:
deeper than bone-deep,
and still digging.

For hundreds of years, this site housed
the unnumbered dead. Their souls
shuttled soundlessly, with the living,
up and down eight storeys.
Now, they are among the dispossessed. 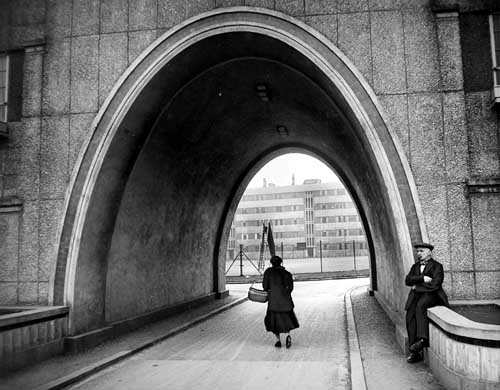