Are you a night-owl or a morning lark? This is a poem inspired by Matthew Walker's book, Why we sleep, which argues (among many other things) that the world discriminates against night-owls and favours larks...

The world turns on its axis, and the sun
rules our work-rhythms till the day is done.
But body-clocks can’t always fit themselves
like shop-bought packages to tidy shelves.
Poor night-owls cannot face grim morning light:
they huddle under duvets out of sight
as long as they are able; then they creep
from cosy rumpled beds still half-asleep
to face the cold, the crowded buses, work –
the daily drudgery they cannot shirk.
(Schedules, once agreed to, must be kept:
they’d get the sack if once they overslept.)
By ten o’clock, still tired and bleary-eyed,
they’re at their office-desks – a mounting tide
of emails, papers, memos to get through,
their bodies craving sleep-waves, not this brew.
The morning-larks are flitting all around,
bright-eyed and wide awake, their cheerful sound
A piercing menace, their ear-splitting jokes
a never-ending gale which feeds and stokes
the half-dead embers in exhausted heads.
By midday, owls are waking up: the threads
of conversation can be understood;
but still they’d sleep long if they only could.
By five o’clock, when larks are going home
to supper, TV, and an early bed,
the owls, their brains alert, instead
pace the dark streets, in tune with night:
Boosted by caffeine now, they feel all right.
Their real life begins here; they are ablaze
with thoughts and plans. While day-larks gaze
doped by their drink at silver screens
(then snug in bed, sunk in health-giving dreams)
the night-owls, safe at home, are writing reams.
They’ll not be in their beds till half-past two:
there’s much too much to think, and type, and do.
It’s now that night-owls come into their own,
the moon their friend as they sit all alone
plotting the end of dullness, the sure overthrow
of this light-dominated Status Quo.
‘Look out, you early-morning birds, look out!
I’ll save the world, while you just lark about.’
Circadian rhythms shot to bits, they rue
their lot. But give these birds their due:
the ‘maladjusted’ but creative few
still cope with daily life, still muddle through. 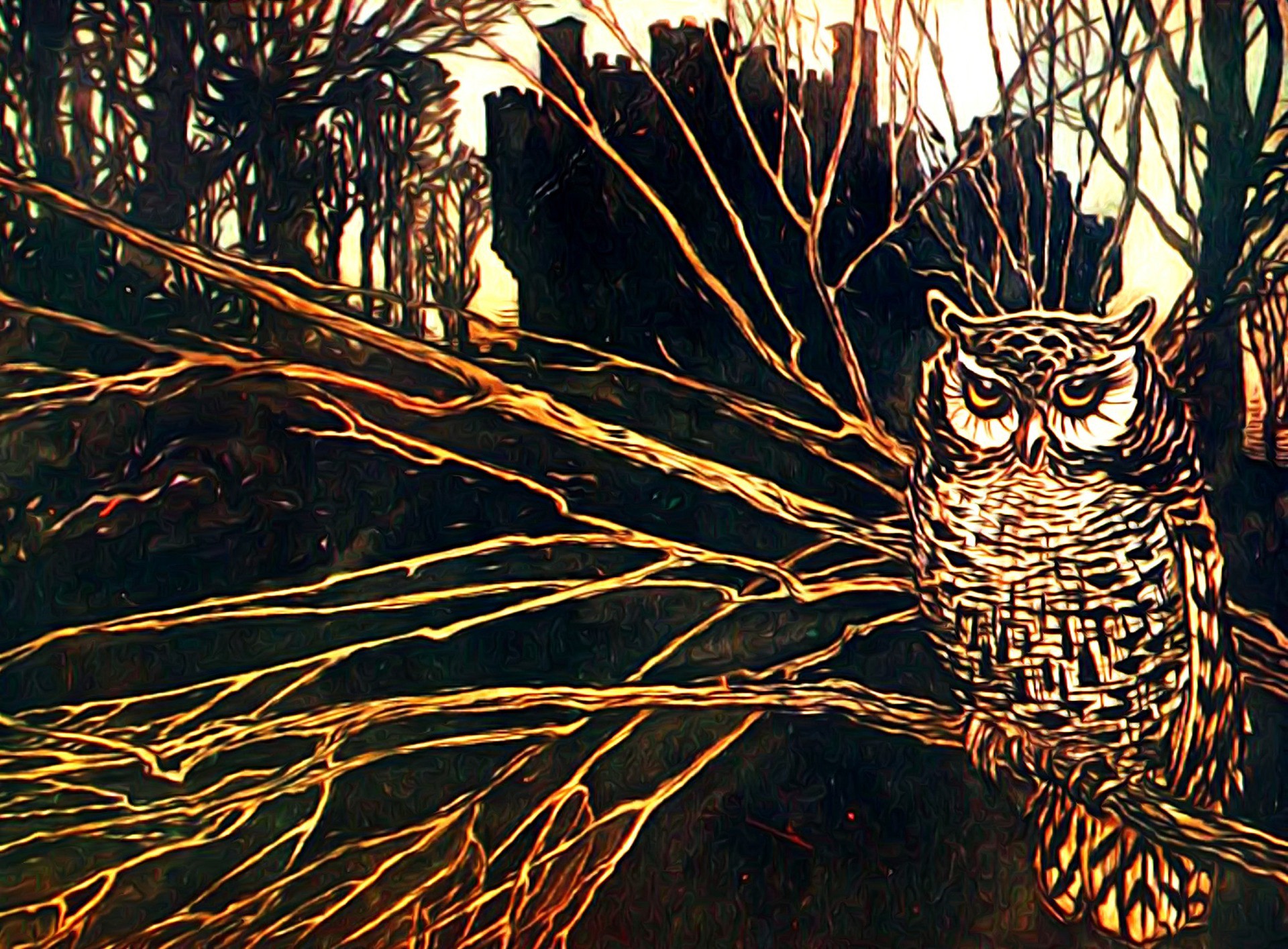