If you lived with the shadows of mountains
you’d know them as moving forms
with the rhythm of water.

You’d watch the shadows among blocks.
They would slowly shift, their colossal triangles
pointing always downstream.

Light would fall on the perilous bridge
that hangs between two ridges,
and the bridge would carry the small road home.

A man on horseback would lead another horse
over the mighty waterfall,
and the force would thunder among pink rocks.

Under one arch of the bridge you’d see
a diagonal shape that brokenly dances
down the foaming white of the fall.

Every fissure in the cliff-face would have its shadow.
Light would flush the stone a deeper pink,
and turn the distant mountains an opaque blue.

You’d stand with your aproned mother
in a warm rectangle nearest the force
and look up at someone or something out of view.

Your arm would be raised, as if in salute to the sun
which gives you the pink rocks, the golden bridge,
the blue mountains, the moving shadows.

You’d listen to water. The mighty force
would stun you. The rhythms would move among
your dreams, and still your soul. 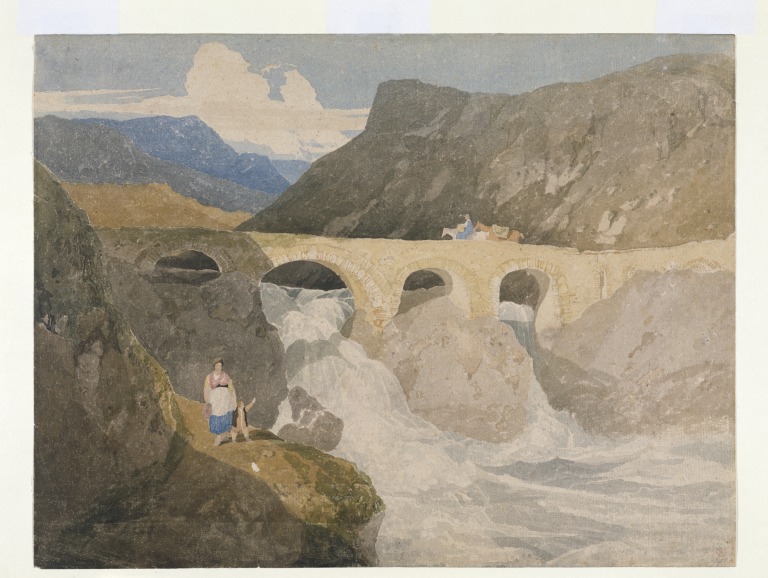