We need a labour government. Labour will put an end to Austerity. This thread pulls together some of my political poems.

First up, a poem I wrote on the subject of Austerity. It was first published in Diary of a Bipolar Explorer. I've also posted it to several Facebook groups; and it has been circulated to fellow-members of the Labour Party in Headington, Oxford.

The poor get poorer and their anger grows
as well-fed bankers load their heavy shelves
with solid gold in long and gleaming rows.
Shrugging off conscience, tax-evaders shirk
the obligations that the rest observe.
Crass politicians send the sick to work
then creep off to their summer hidey-holes:
their ‘strong and stable’ system will not swerve,
self-serving policies their only goals.
Imbalance governs life. The young grow old
paying off debts; the lonely old live on
longer than they would wish or die of cold.
Good teachers leave their jobs. Fed-up and tired
by bureaucratic grind they turn instead
to Business – wretched, burnt-out, un-inspired.
Fat tycoons line silk pockets with the pounds
they’ve filched from those less greedy than themselves.
Celebrities grow rich while nurses make their rounds
at half the salary their work deserves.
More benefits are slashed and destitution looms;
the sad beleaguered strikers lose their nerves…
My list goes on and on: no end in sight
to exploitation, greed, abuse and blight.
While Tories are in power we must fight. 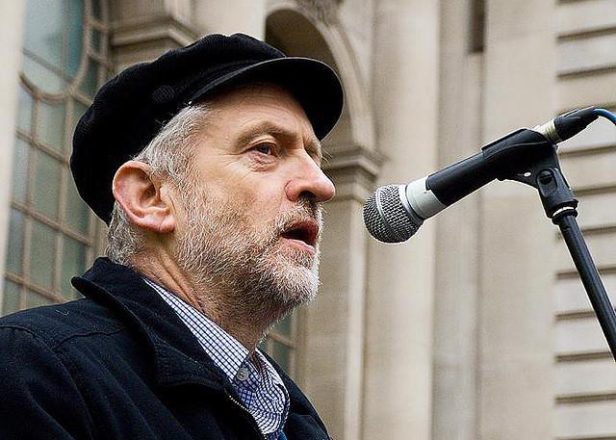 Next, a poem I posted in a corbyn supporters' group on Facebook:

‘You need to check the beggars out –
make certain they are not well-fed.
Professional beggars are about.
Be sure they’re real, not fake instead.

Don’t give them money if their shoes
fit well, or they’re still heeled. Just send
them off; they can afford to lose
the cash that you’re about to spend.’

Can you be sure that you could tell
a ‘fake’ beggar from one who’s real,
and would it matter in this hell
where Tories take all they can steal?

If someone standing on the street
holds out a begging hat, must I
establish that he is a cheat
before I nod and pass him by?

On every street in every town
the homeless and the underfed
sleep out because they do not own
a warm (or any kind of) bed.

I’ll not give the police a shout.
I’ll not be rude and stand and stare.
I’ll not go quizzing them about
their right to beg if they are there.

Nor will I ask them how they choose
to spend the money that I give.
It’s theirs to have, it’s theirs to use:
they need to eat and drink – and live.

What matter if some cash of mine
gets in the ‘wrong’ hands now and then?
The real swindlers are Tory swine
who gorge themselves on hungry men.

It’s time to chuck the Tories out –
make certain they’re not over-fed.
Political swindlers are about:
let’s quiz these greedy crooks instead.

Lstly, a poem I posted on the Hall Writers' Forum. Is this a blessing which turns into a curse, or a curse so mild that it has some of the properties of a blessing?

A Curse on Tories

May the new dawn of equality
come soon and inevitably,
rendering your old ways redundant.
May you suffer as you go through
the necessary changes, like a growing child.
May your souls, dry and parched
as arid fields in the baking sun,
be quickened into painful life by breezes
of love and forgiveness. May your stony hearts,
softened as at the touch of gentle September rain,
feel the agonising pangs of guilt and remorse.
May your new-found tolerance (matured in
the hidden valleys of your compassion,
and watered by fresh rivers of reason)
remind you perpetually of your former crimes.
When plump blackberries of kindness ripen
in your hedgerows, and apples of fairness drop
from trees of justice, to be harvested by all,
may you comprehend what it is
to share the means of production.
When you are tired after unprecedented labour
may you sleep soundly with a clear conscience
but wake to memories of greed and idleness
that will haunt you at all hours.

May the revolution come suddenly,
as in the passing of a single season,
leaving you blinking, un-prepared
for the transformation which will follow.
May the life you once knew wither utterly away,
giving you torment as you watch it go.
May the new dispensation be an autumnal blessing
that comes too late for you,
and may wintry regret cast its shadow
over your lives like a lengthening curse.